WE MADE IT OUT ALIVE

A short photo essay of our prison gig in Umatilla, OR, and our time in Pendleton: 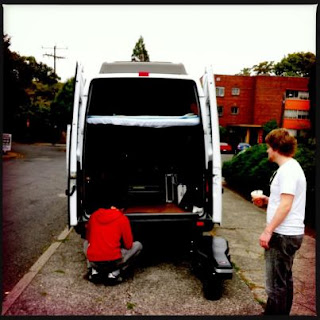 Driving through crazy smoke from the forest fires. 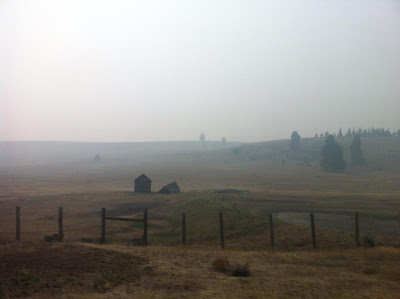 Arriving at the prison.
Two Rivers Correctional Institution, Umatilla, OR. 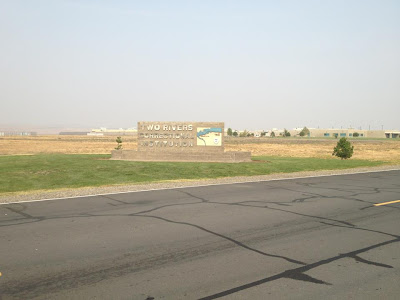 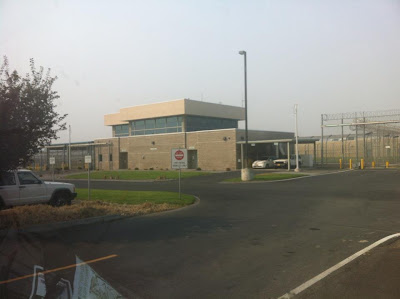 One of several security gates we had to go through. 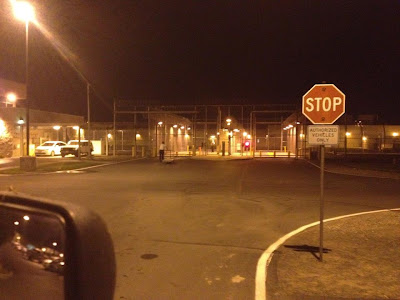 Once inside, we were given a crew of 4 inmates who were our roadies and sound men. They were all total pros, and we had great sound. We performed in the visitors' room which was transformed into a makeshift concert venue. Our stage was in front of the prison phones - the ones where you can talk to people, but glass separates you. We played to close to 100 inmates, all of whom had reached a high status due to excellent behavior. It was one of the nicest crowds we've ever played for, and many of the guys were musicians themselves. They were pretty anxious to talk to us about equipment and music, and of course, Neil Young. They had to stay seated while we played, but a lot of them totally rocked out in their chairs. Playing Rockin' in the Free World to these guys was... unforgettable. All of it was pretty unforgettable, and a great experience all around. Our crew of inmates videotaped the whole thing, and also took a few pictures (we weren't allowed to bring our own cameras in). Eventually, we will post some video and photos from the inside.

The Two Rivers Correctional Institution has around 1600 inmates and over 400 staff. It costs approximately $23,000 a year per inmate.

After the gig, we drove to Pendleton, OR to meet up with our good pal Peter and hit the town to celebrate Aaron's birthday. 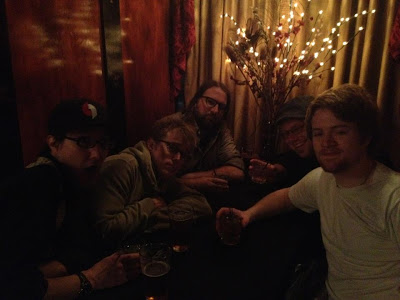 Peter plays in the excellent band James Dean Kindle and the Eastern Oregon Playboys, who provided us with a practice space for late night musical antics. 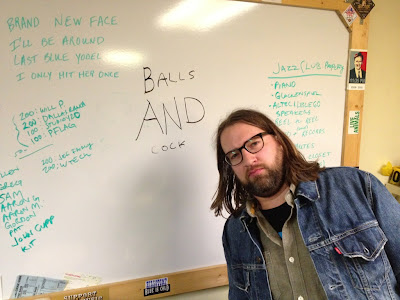 The next night we played at The Packard in downtown Pendleton - one of many classy old west type bars in town. 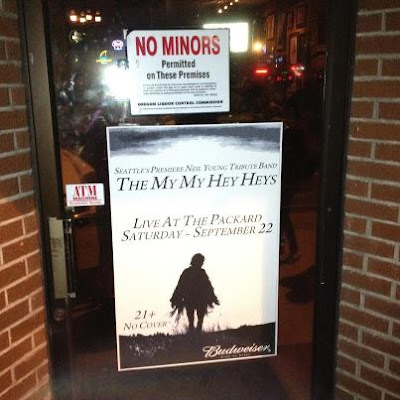 We'll post more prison video and photos once we have them.
Posted by mymyheyheys at 12:46 PM No comments: 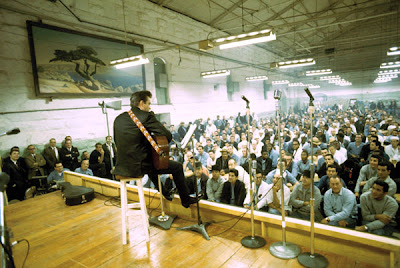 We are very excited to announce that on 9/21/12, we're getting our Johnny Cash on and performing in a prison! We’ll be doing a 2-hour set at the Two Rivers Correctional Institution in Umatilla, OR. Unfortunately, you can't go to this show unless you are incarcerated.

But, if you're in the area, catch us the next night! 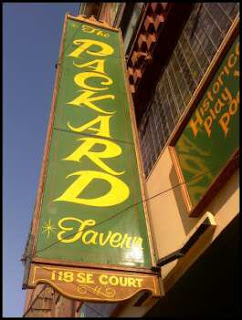 On 9/22/12 we return to one of our favorite cities in the NW - Pendleton, OR! There's no better place than the rodeo capitol of America to unleash our 4-man Neil Young assault. We play The Historic Packard Tavern.

Posted by mymyheyheys at 4:49 PM No comments: